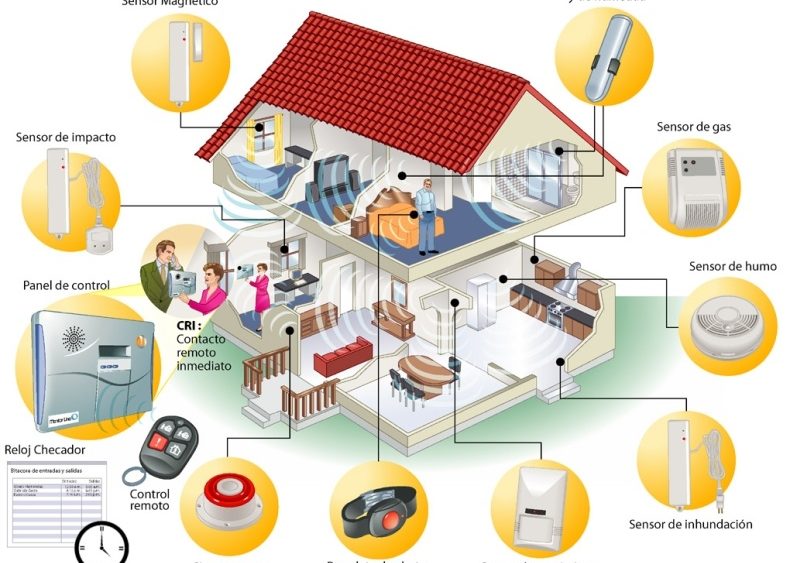 According to some specialists, we are getting closer to the fourth industrial revolution, that includes diverse technologies and industries, among which stand out: 3D printing, artificial intelligence, biotechnology, augmented reality, new computing technologies, neurosciences and sensors. In this edition of our CTI Wednesday we will broach the sensors theme, technology that since decades ago have been accompanying us but is now shaping up as an indispensable ally to the internet of things (IoT).

The «invasion» of the sensors

These are devices constituted by passive components (those that change their magnitude based on some variable, there are resistive, inductive…) and active components (those that provide electric stimulation, profit or control, like piezoelectric, of Hall effect…), designed to receive information related to an external (regarding to the own device) magnitude (temperature, weight, humidity, pressure, movement…) and to convert it into another magnitude (normally electrical) that can be quantified and manipulated.

With regard to sensors types, we have sensors by contact, by ultrasound, of movement, of sliding, of velocity, of current, of temperature, of humidity, magnetic, of pressure, for auto-motion, of proximity, among others. Each type fulfils different functions, but all of them count on the same 14 characteristics that determine the sensor’s quality; it should be mentioned that, depending on the use is going to have the sensor, the design will give more or less importance to each of these characteristics:

New technological advances make easier having more sensors around us, we daily interact with hundreds of sensors without even noticing it: we find them in watches, cell phones, refrigerators, air conditionings, automobiles, computers and more; likewise, as the science evolves, life gets surrounded by more sensors to improve processes in factories functioning, in medicine to help patients with memory problems, in ecosystems to control specific conditions of different kinds of plants, etcetera.

The invisible allies in decision making

Have you ever imagined that an item of clothing would regulate your house’s temperature? Well, now it is possible: a research developed by the Spanish enterprise Baxi (dedicated to heating, ventilation and air conditioning) and La Salle-Barcelona of the Ramon Llull University achieved the creation of the first wearable that carries out his function. This was achieved thanks to the combination of two great technologies, IoT and sensors, with the purpose of attaining a customized climate control. Baxi Project functioning consists of four sensors placed on the armpits, which measure central temperature and humidity, while the sensors placed on the wrists receive the surface temperature and are the ones that react to thermic changes and predicts when the person starts feeling cold or heat. Once data are collected comes a synchronisation with the cloud and are sent to the mobile app, that transmits the information to the diverse climate control equipment of the house. This is one of the numerous functions sensors have in domotics, and are mainly houses where this technology is used.

On the other hand, how many times have you arrived late to your destination because of traffic? In Spain, a group of researchers belonging to the Technical University of Madrid developed an algorithm for decision making that is applied to smart transport systems, aiming to reduce highway traffic. Such project works through traffic data provided by a sensors network spread out on traffic routes, the algorithm is able to recommend to drivers the best route and thus prevent waste of time, as well as arriving on time to the destination. Certainly many are wondering: when does this arrive to Mexico?

Also, Bosch enterprise (world leader in technologies and services) pretends to optimize the times to find a parking spot, since over 30% of cities traffic is due to automobiles searching where to park. The German enterprise contemplates that by 2020 exist special occupancy sensors in parking lots to detect and inform the driver about available spaces. With this is intended to connect as many automobiles as possible, because this parkins system, that works via IoT, helps for the consolidation of smart cities.

Besides, sensors count on diverse functions, like monitoring people heart rhythm, activating some place’s lightning, leaks detection, perceiving an individual or object approach, localization of living beings, preventing a baby’s health from risk, improving industrial processes and endless actions that are part of our daily life.

An advantage may become a disadvantage?

The thermographic camera is a tool that by means of a thermic sensor perceives all bodies emitting infrared radiation and impossible to detect by human eyes; this has many advantages for unwanted situations prevention, like leaks, intern injuries, warming of electrical components and more. But what would happen if outside your house were a person with a thermographic camera and he started to look over your house through the walls?, is this an advantage?

To sum up, sensors are the media by which we can know the signals that represent values of the system, as long as we can get it through a physic media or in some cases thanks to indirect techniques, they provide us information of the systems’ states and is due to this that we can control a system in an automated way or via a control per user. In reality, sensors are invading all areas, despite we do not see them, they are everywhere and they have come to upgrade people quality life, industries functioning, processes control… as long as they are given the correct use.