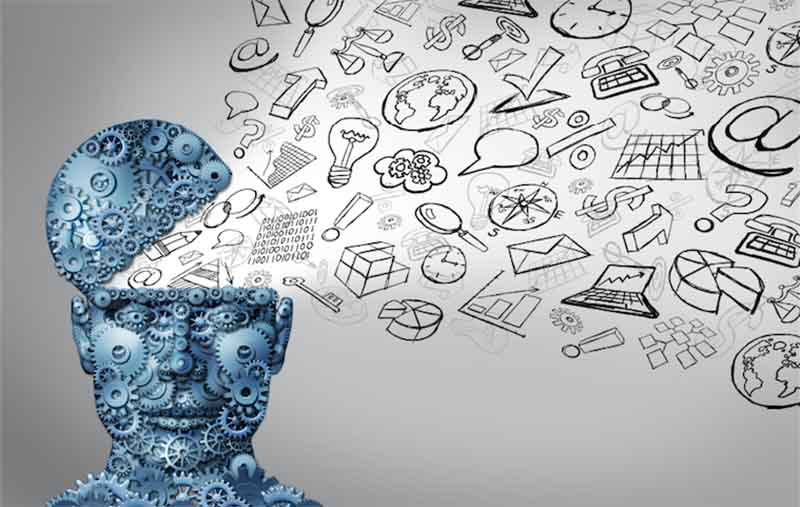 Nowadays, artificial intelligence (AI) has achieved what Alan Turing, considered as the father of informatics, proposed in the fifties of 20th century, when the British logician and mathematician outlined that the best way to programme intelligent machines would consist on building machines able to learn. What Turing foresaw was, as he himself pointed out, «a short distance ahead [of us]», because how much are barely a few decades in the flow of human history? Autonomous agents’ action field is so vast as human beings duties are, below we take a look at the history, the «psychology», the applications and the contradictions of this technology, also considered (along with the device mesh) as one of the industries of the future.

About two thousand four hundred years ago, in his Nichomachean Ethics, Aristotle declared that the honourable reason is the one that straightens outs to the perfect aim, and to behave according to the honourable reason means to act according to what is required to achieve the aim; this way the Greek philosopher broached a dissertation about the practical reasoning. The Macedonian assured that happiness is the aim or target where every human try to lead their acts to achieve it, happiness that consists of acting according to the perfect reason, since the best humankind has is the use of reason. Thus is understood the central role of action in intelligence, within the human existence frame.

Since 1950, Alan Turing‘s theories and reflections, obviously jointly with the excel appearance of scientific advances, inspired the subsequent theoretical academics and scientists who were capable to materialise AI’s origin and development as scientific discipline within computing sciences field. In 1994, Peter Norvig y Stuart Russell defined the rational agent concept as «one that behaves as well as possible» in a specific environment, does what is right, gets the best results. And, as far as it concerns to AI, today’s stuff is deep learning, AI «is finally getting smart»: it is contemplated that new autonomous agents be able to understand human language and make both inferences and decisions, all by themselves.

In AI context, Norvig and Russell define an agent as «anything that can be viewed as perceiving its environment through sensors and acting upon that environment through actuators [elements that react before stimulus, carry out an action in response]». It is considered as lacking of autonomy if «it relies more on the initial knowledge provided by its designer than on its own perceptions»; part of the autonomy resides in learning «what it can to compensate for partial or incorrect prior knowledge». The agent, beyond gathering information, learns everything that is possible from what it perceives: «The agent’s initial configuration could reflect some prior knowledge of the environment, but as the agent gains experience this may be modified and augmented».

For his part, Jose C. Brustoloni (1991) tell us that autonomous agents are systems capable of acting in a self-sufficient manner within the real world and according to specific purposes: «… agents have drives (in a somewhat “psychological” sense), and devote their resources to satisfying these drives. In doing so, one can observe purpose in their actions […] there actually is a hierarchy of actions and goals in an agent, with drive satisfaction at the top. Actions and goals at one level exist only to accomplish goals at a higher level, and can generally be replaced by other actions and goals, which also would attain the higher level goal. At the bottom of this hierarchy are the primitive actions —the elementary actions directly supported by the architecture and from which more complex action are composed».

Widely known among gamers community since its appearance in 2001 and fundamental part of Halo  (Microsoft Studios‘ product), Cortana is a clever and vivacious AI that, at the beginning of the saga, takes on the role of assistant of this story’s main character, the Master Chief. Since the seventies decade, videogames like Pong, Pac-Man or Super Mario Bros implement AI, although carefully and selectively (since no player would think it is funny to deal with an unbeatable villain). In 2016, Tuebor‘s arrival to the market was announced, which promises to take videogames to the next level through AI.

In 2014 Microsoft launched another Cortana, one which action field is not within Halo Universe reality but within ours. It is a digital agent and «She’ll help you get things done. The more you use Cortana, the more personalized your experience will be»; to this AI join others like Google’s Now and Assistant, Apple’s Siri, Amazon’s Alexa. Among the goodness of these assistants —which are [yet] way too far from the sensual, funny and intelligent Spike Jonze’s Samantha Morton— we find (as applicable): interacting with devices through voice, facilitating reminders related to moments, places or persons; tracking packages, equipment, interests and flights; sending e-mails and text messages; administrating your calendar and keep-up-to-date; creating and managing lists;  chatting and playing games; finding facts, places and information; opening any app of your mobile device…

Among the diverse curiosities you may find nowadays are: June Intelligent Oven, which detects what you have just put into the oven and suitably cooks it, without you having to worry about taking care of the process; Duolingo’s chatterbots, which help you to learn and to practice a language; Tesla Motors‘ autonomous cars; IBM’s Watson, «cognitive technology that can think like a human» and pretends to transform both industries and professions. Actually, as far as it concerns to the means and the areas in which these rational agents perform, they may be whichever, applications are vast, because as Brustoloni pointed out: «… if agents are tools, there is no reason why one can’t have lots of them, one for each purpose —much as we have hammers and screwdrivers and do not expect one to do the other’s job».

The multiple dilemmas about thinking machines

Can we really say machines are able to think by themselves? How would they rule their conduct?, their behaviour? Is it possible to recreate the complex human nervous system functioning? Are emotions, feelings, desires, conscience… exclusively human privileges? In his article of the fifties, Turing presents arguments that disarm these and other contrary perspectives or objections to the possibility of a machine able to think.

And we believe there is no better conclusion for this #MdCTI than the timeless prophetic words with which the scientist and marathon runner ended «Computing machinery and intelligence»: «We can only see a short distance ahead, but we can see plenty there that needs to be done». If ti just took humanity about sixty-nine years to go from the Manchester Small Scale Experimental Machine to the charismatic and versatile IBM’s Watson, can you imagine what deep learning will bring to autonomous agents?