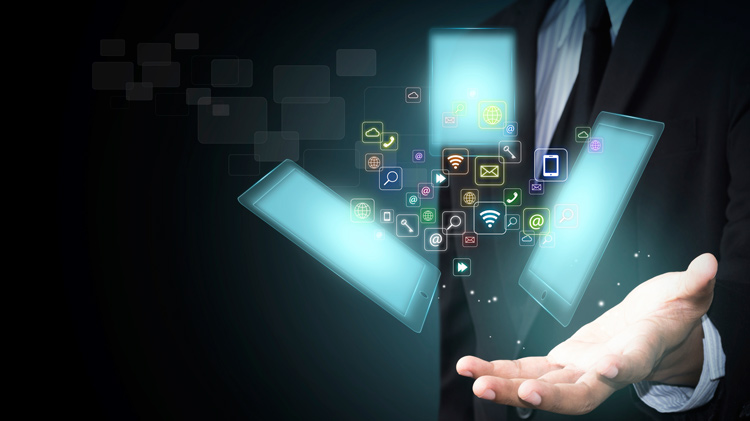 Mobile applications: a tool to upgrade efficiency or to increase procrastination?

In 1973 the British Martin Cooper materialised an idea that had been lurking within his head since he was a child: the invention of a mobile phone. Soon, what begun with a call from a cell phone prototype in a street of New York city, became a success worldwide, to such extent that nowadays over the half or world’s population has one of these devices, which little by little were adding other uses and functions to their original role of just making and receiving calls.

Bu the nineties, as you might well remember if you had a cell phone in those years, Snake was a game that achieved to make funnier the long or short waits of those privileged who had such technology; the game was simple: guiding the snake aaall over the —minuscule— cell phone screen in its search for food, avoiding the little animal from crashing against its own tail, which grew with each new ingested bite. Well, this simple but entertaining game that now we recall with nostalgia was the beginning of mobile applications or apps.

Currently, technological advances are so big that the progress in this field within information and communications sciences is increasing. This is a technology that came to stay and is continuously revolutionising the way we interact with our own surroundings and with those who surround us. Which is why this Wednesday of STI we present you some data on history, innovation and uses of mobile apps throughout their evolution.

An app is a software developed to carry out the functions to which it was developed for, and to be executed in mobile devices like cell phones, portable music players, global positioning systems (GPS), tablet computers, digital cameras, etcetera. The beginnings of this technology came up in the nineties when feature phones counted on their first apps, focused on improving the user’s productivity: alarm clock, calendars, calculators and e-mail; those first apps met basic and elementary functions, in addition to have a pretty simple design.

The first great chance experimented by this technology occurred in 2007, with Apple’s iPhone appearance; such innovative device got into the market to generate new business models, improved the available tools designers and programmers had to develop apps, which facilitated the duty of producing an app and turned these into something more profitable for developers and the market. A prove of this is the appearance of specialised online shops, like App Store (Apple), Google Play (Android) and Windows Phone Store (Nokia and others), where we find: free software, this is, a free download that gives to the enterprise the possibility of obtaining money though publicity showed to the user; apps which download has a cost; as well the freemium, that you can freely download for a basic and limited used, with the option of receiving more advanced functions if you pay for them.

With regard to the different mobile apps types, below we present you the three existent perspectives for development: one native and two multiplatform (web and hybrid).

The diverse action fields: from the most banal to the most vital

At the beginning, mobile apps were invented to improve personal productivity, but nowadays, thanks to the arrival of smartphones, we find truly various action areas, with uses that undoubtedly have come to improve the lives of those who use them. Below we expose you some big areas:

To apply ourselves or to become slaves?

As we have already mentioned in other publications and previous paragraphs of this Wednesday of STI, technologies provide many benefits for society and, whenever they are properly made the most of, these inventions give good results and help to improve user’s life quality, but there is always the chance for some risks to appear, and apps are not the exception.

One of the main dangers is the security theme, by registering at an apps store or downloading an app, some may just access to necessary data for their functioning, but others may access to data not related to their functioning, like your telephone and e-mail contacts lists, your calls register, information form your calendar, your geo-location… Which is why we must always corroborate that the app’s creator provide contact information, if he does not, probably the app is not trustable and your security might be in danger.

Another of the problems generated by mobile apps is the insufficient storage space in the cell phone. When you download an app and you use it daily, space is being occupied, and some devices do not have enough memory, which causes the device to run out of space and brings functioning errors.  In addition, an enormous obstacle is the excessive time the user dedicates to the mobile device, at such extent that he stops carrying out his activities at school, home or office; apps can provoke an addiction to devices.

At the end of the day, mobile apps became fundamental part of daily life since they appeared about a quarter of century. By taking advantage of technology advances, apps development is at the vanguard and has produced endless upgrades in human beings performance, also has obtained great advances in regards to productivity, as long as we give it the right use. Do not forget that choosing the most appropriate app for you depends on the needs you look to cover; and, in fact, that mobile apps comply with their principal function of benefiting you, the user, highly relays on the usage you give to them.