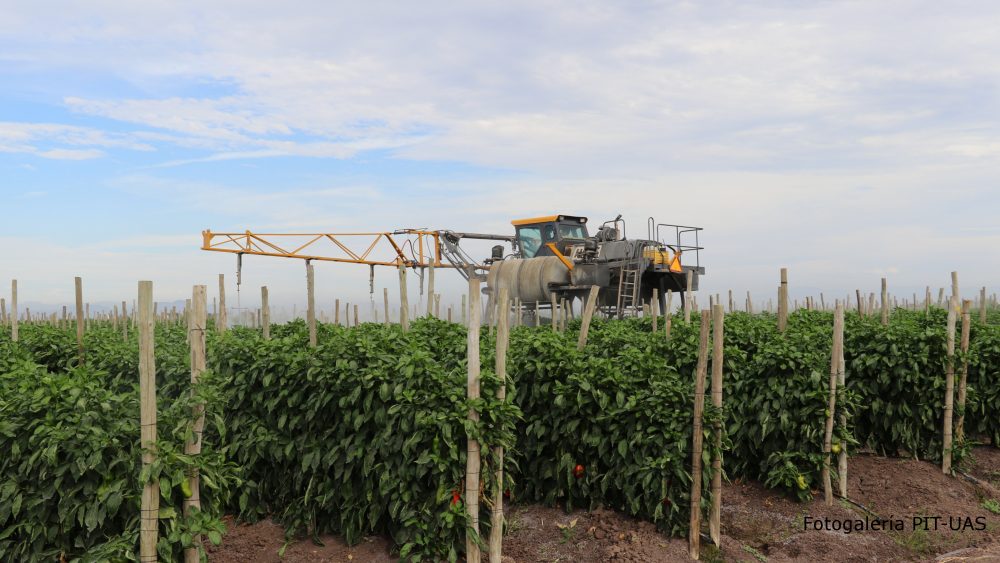 Lira Saldívar: «Traditional agriculture is pollutant and not sustainable»

In October of 2016, within the framework of the first Science, Technology and Innovation Camp (TechnoCamp) edition, Ricardo Hugo Lira Saldívar, speaker at the event, talked with us about his researches’ results related to the agro-nanotechnology, applied discipline that stands for the usage of nanoparticles in agricultural crops. «Agro-nanotechnology is a new research line worldwide. This derives from nanotechnology in general. Nanotechnology […] is having an impact on all phases of the human knowledge», contextualised the academic. Likewise, Lira Saldívar argued that, precisely because it is a study field recently took into agriculture, there are still endless application possibilities to be discovered.

Among the benefits of applying this novel method outstands the fact that it allows to conceive a sustainable agriculture and free of pollutant agents. «This is a great opportunity, to work with these nanoparticles, because, on one hand, they offer you the possibility of promoting the plants’ growth, improving their development and using really small amounts, in comparison with [the quantities of] fertilisers and nutrients used in traditional agriculture», the researcher explained.

The Mexican scientist commented about nanoparticles compatibility when put into action for crop plants growth. «Metallic nanoparticles —with which I am working— have a very important function in cultivated plants; because iron, zinc, copper… are micronutrients of the plants», the doctor in Ecology specified. He also talked with us about other advantages found in different agro-nanotechnology practices: «In agriculture, nanoparticles have a double function. On one hand, they act as nutrients of plants and, on the other hand, these same metals I am using have an antimicrobial effect».

In addition, the agro-nanotechnologist gave his opinion on detrimental consequences of the practices carried out in traditional agriculture. «Many of the nitrogen fertilisers applied transform into nitrates; nitrates result to be poisonous for humans and animals; and once they get to subterranean aquifers, water wells and lagoons, they can cause pollution», he pointed out. As far as it concerns to nanoparticles, just minimal doses of the substances are required for crops duty; contrary to traditional fertilisers, of which excessive quantities are used in traditional agriculture practices, what turns it pollutant and not sustainable.

Ricardo Hugo Lira Saldívar studied Agronomy engineering at the Antononio Narro Agrarian Autonomous University, located in Saltillo (Coahuila, Mexico), he obtained a master in Water se and Conservation by the Graduates Programme belonging to the Monterrey Institute of Technology and Higher Education (Nuevo León, Mexico) and he has a PhD in Ecology by the U. S. University of California.

TechnoCamp 2016 had place on September 29th and 30th, it gathered over five hundred attendees to the conferences imparted at the Culiacán Academic Tower of the Autonomous University of Sinaloa (UAS, Universidad Autónoma de Sinaloa) during its first day and, product of the 10 Challenge, during six weeks  five youth talents  developed their project called Seeds-Flux Sensor for Traditional Sowings to Obtain Greater Precision in Agricultural Consumables Distribution, with institutional economic support at the facilities of UAS’ Technological Innovation Park.