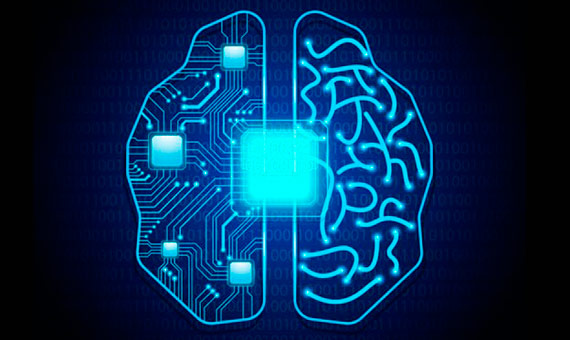 Artificial intelligence: from Turing test to the dream of emulating human brain

When we speak about artificial intelligence (AI), thanks to the characterisations of thinking and autonomous robots that Hollywood has given us, we keep a futurist and distant notion of metal beings emotionally sensible that represent the miracle of the creation formulated by the man’s bare hands. However, the reality is that we already get along with very common AI forms day-to-day: from videogames to web browsers, artificial intelligences have been helping us with our quotidian tasks for more than sixty years.

The most well-known advances in this field of computing sciences have involved the development of data research and learning algorithms, as well as the incorporation of statistical analysis for the comprehension of the world on a broad scale. But these advances are perceived as subtle, from the perspective of a general public that still awaiting the arrival of a robot capable of chatting, either about spaceships self-drivign or about philosophical issues. But what are the AI?

According to the experts Stuart Russell (Computing Sciences professor at the University of California) and Peter Norvig (Research director at Google), the AI are classified in four types of systems. Below, we pick up the quotes included by Russell and Norvig in their prestigious book Artificial intelligence, a modern approach, currently used by over three thousand universities in more than one hundred and then countries.

Systems that think like humans. John Haugeland (1985): «The exciting new effort to make computers think… machines with minds, in the full and literal sense». Richard Bellman (1978): «[The automation of] activities that we associate with human thinking, activities such as decision-making, problem solving, learning…».

Systems that thinks rationally. Eugene Charniak y Drew McDermott (1985): «The study of mental faculties, through the use of computational models». Patrick Winston (1992): «The study of the computations that make it possible to perceive, reason, and act».

Systems that act like humans. Raymond Kurzweil (1990): «The art of creating machines that perform functions that require intelligence when performed by people». Elaine Rich y Kevin Knight (1991): «The study of how to make computers do things at which, at the moment, people are better».

Systems that act rationally. David Poole et alii (1998): «AI is the study of the design of intelligent computational agents». Nils Nilsson (1998): «AI… is related to intelligent behaviour on devices».

The first approach made on this subject was carried out by British mathematician Alan Turing in 1950, in his article «Computing machinery and intelligence», where he considered the possibility of creating machines capable of imitate human beings and their ability to realise tasks of intelligence or mental dexterity like, for example, playing chess. His main proposal was based on the matter of determining if computers, beyond their irrefutable skills to logical thinking, would be able to think.

The Turing test derived from that work, picks up the imitation game explained by the mathematician in his text: two rooms, two persons, one computer; in a room, one person (interviewee 1) and the computer (interviewee 2); in the other room, the other person (interrogator) has the duty of distinguishing which one of the interviewees is human. Even though up to date the computer hasn’t been able to posing as a human being before another human being, the test still marking a parameter to follow during the coming years.

Although with his pragmatic explanation from mathematics and philosophy about machines and their sensibility or «feeling» ability, Alan Turing was the first to open the door to research on artificial intelligences creation, it was not until 1956 when the term artificial intelligence was coined, when John McCarthy used it in his first academic conference on the subject.

The progress in AI’s development

A highly studied theme within AI area, when it comes to show the capabilities reached in its development, are software and machines created with the ability of defeating world champions in games like chess. In a certain way, this game of strategy and analysis has always been linked to the intelligence concept, event in Turing’s paper were suggested questions about chess moves for the machine to solve them.

During over five decades of research, scientists have dreamed on creating a machine equipped with an interface able to think autonomously, with no need of human intervention at all; they still far from that goal. But, it should be clarified, the idea of creating an intuitive machine has its detractors, who stigmatize it as dangerous, impossible or strayed from AI’s original course.

On his part, Marvin Minsky, one of the founders of this discipline, emphasises: «Great advances in artificial intelligence occurred between sixties and eighties of the last century. During the past years I have not seen anything that surprise me, because now founding is more focused on short term applications than basic science».

Whereas Jeff Hawkins, in his book On Intelligence, highlights that computers went from being room-sized to be small enough to fit in a pocket in just half a century; since our starting point is technologically advanced, Hawkins predicts that the transition to intelligent machines will occur in less time.

Another believer and visionary on predictions for the near future within AI is Raymond Kurzweil, Engineering director at Google: the creation of nanobots able to patrol the body’s physic and neuronal functioning, injected nanobots in human bloodstream that would later download the information in a supercomputer;  neuronal data storage, by means of a software, could recreate a version of the human mind (memory, emotions and thoughts), that could be taken into other machines, which would act as the original person, creating like this an immortality notion.

Google enterprise, after five years of development, has created a Lexus automobile capable of driving itself. Developers «taught» it how persons drive, driving rules and, thanks to devices installed in the car and an internet connexion, it can know routes, traffic flow and simulate what a human driver would do.

Last moth, Sony announced two pop songs composed by AI. The French composer Benoît Carré has completed, arranged and produced the songs, but the creation was made by AI and a database of over 13 thousand songs of different composers and styles like jazz and pop.

Artificial intelligences arrived to our lives some time ago, and for us only remains to wait what the science development holds: will we travel to Mars on self-driving spaceships?, will we chat with robots that «keep» the personality and memories of our ancestors? Possibilities are infinite, and thus prove it the progress and results of basic and applied researches in the matter.